首页 > 近期活动 > How to Respond to Liquidity Risks of Commercial Banks

Home > Past > How to Respond to Liquidity Risks of Commercial Banks

How to Respond to Liquidity Risks of Commercial Banks

The fundamental feature that distinguishes commercial banks from other financial institutions is that they provide loans through taking deposits and align funding supply with demand by resorting to leverage and maturity transformation, which makes them inherently likely to have liquidity risks. Once they occur, commercial banks, the entire financial system, and even the whole economy, would be severely destructed.

The global financial crisis that broke out in 2008 plunged the international banking system into the predicament of liquidity squeeze, wreaking havoc on both the international financial market and the global economy. This is another indication that it’s imperative for commercial banks to constantly maintain effective management of liquidity risks, which, if not well managed due to negligence, would probably become disastrous. And that is why enhancing regulation on liquidity risks of financial institutions became an important part of international regulation reforms following the subprime mortgage crisis.

The cash crunch in June 2013 exposed the liquidity risks lurking in China’s banking sector. The interbank market witnessed several rounds of drastic fluctuations in 2015 and 2018. And in May 2019, Baoshang Bank was taken over, which not only caused volatility for a short while but contributed to market liquidity stratification, resulting in significantly heightened liquidity risks confronting small and medium-sized banks and non-bank financial institutions. On the whole, it has become increasingly obvious that liquidity risks in China’s banking sector have been on a long-term structural trend and become a major source of risks to the banking sector in recent years, necessitating more in-depth research and systematic responses.

In 1992, the Basel Committee defined liquidity as “the ability to ensure banks liquidate their matured debts.” The definition was changed by the Committee to “the ability of a bank to fund increases in assets and meet obligations as they come due” in the Sound Practices for Managing Liquidity in Banking Organizations, a document released in 2000 as an alternative to the one in 1992.

The financial regulatory authority of the United States, the Office of Thrift Supervision (OTS), offered three definitions of liquidity in the Liquidity Risk Management and Investment Securities released in 2010: 1) the ability to fund assets and meet obligations as they come due; 2) the amount an association holds in cash and other assets that are quickly convertible into cash without significant loss; 3) and an association’s capacity to meet its financial obligations and commitments at reasonable or acceptable costs. The OTS pointed out at the end that the essence of liquidity is having cash when you need it regardless of any definitions.

In the Commercial Bank Examination Manual released by the Federal Reserve System in 2010, liquidity was defined as “a financial institution’s capacity to meet its cash and collateral obligations without incurring unacceptable losses... To ensure it has adequate liquidity, an institution must balance the costs and benefits of liquidity: Too little liquidity can expose an institution to an array of significant negative repercussions arising from its inability to meet contractual obligations. Conversely, too much liquidity can entail substantial opportunity costs and have a negative impact on the firm’s profitability.”

And in the Guideline on Liquidity Risk Management of Commercial Banks issued in 2018, the China Banking and Insurance Regulatory Commission defined liquidity risk as “the risk of the inability of a commercial bank to duly acquire adequate funds at a reasonable cost to repay debts at maturity, meet other payment obligations, and provide other funding required for its operations.” It can be seen from the various definitions above that liquidity includes three elements albeit with different highlights in each definition. First and foremost, time. What liquidity focuses on or reflects is not the long-term solvency of banks but the ability to liquidate in specific time. If a bank cannot undertake liquidation of matured debts or deliver on its cash pledges at specific time, liquidity risks would still occur regardless of how sound its balance sheet is. Second, cost. Liquidity should be measured by whether costs are reasonable or acceptable. In this sense, overemphasis on maintaining short-term ability to liquidate without taking into account asset profitability cannot be regarded as sound liquidity management. Third , quantity. Sound liquidity means the overall amount of cash or other assets acquired by banks at certain time should be enough in quantity to cover debt repayable at maturity.

In practice, it’s necessary to differentiate liquidity risks of a bank from its solvency risk and consider their connections. Solvency risk refers to the risk of a bank that has lost the ability to make repayments, which means the present value of its assets cannot be used to repay all its liabilities. It bears some resemblance to liquidity risks. When liquidity risks bring a bank to liquidity crisis that finally leads to its bankruptcy, the bank would become unable to afford repayment of all its liabilities and would go bankrupt. But the two have significant differences. According to the Basel Committee, liquidity risk means “(a bank is) unable to raise enough funds at reasonable prices to meet its obligation and funding demands of customers.” In other words, a bank may be overcharged when raising funds, but it’s likely to survive the crisis that would not necessarily result in bankruptcy and liquidation. And even if it does, the liquidity shortage would only exist for a while. But once it’s lost solvency, it would be lost forever. 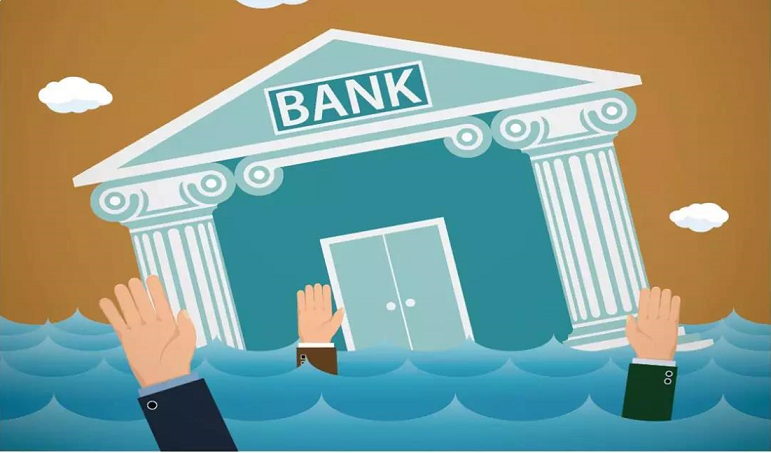 Generally, a solvent bank can lose liquidity too, but inadequate liquidity may not necessarily deprive it of solvency. Under certain circumstances, however, insufficient control over liquidity risks would make a temporary difficult payment problem a perpetual one, which means liquidity risks may eventually be translated into solvency risks. As the origins of liquidity and solvency risks indicate, the former is mostly attributed to problematic management of banks, but the latter may very well originate from failed management, and possibly from external events, such as rumor-mongering and credit downgrade.

How to Respond to Liquidity Risks of Commercial Banks.pdf